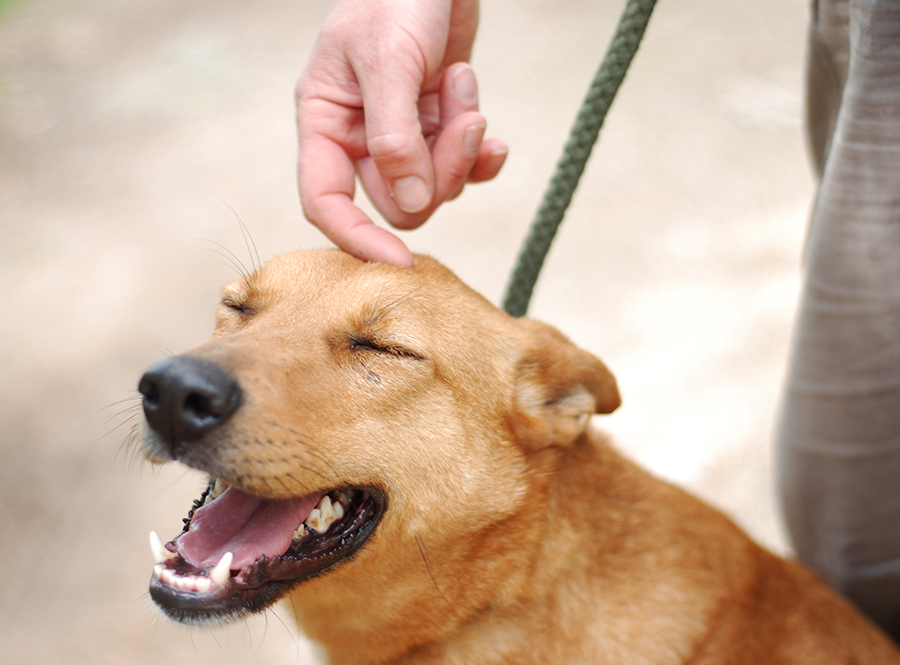 This article is based on Victoria Stillwell’s positive reinforcement dog training.

PILLAR #1 – Positive Reinforcement
The use of positive reinforcement methods when teaching your dog has been universally endorsed by the behavioral scientific community at large as the most effective, long-lasting, humane and safest method in dog training.

In short, positive reinforcement means that if you reward a behavior you like, there is a better chance of that behavior being repeated. When paired with negative punishment (the removal or withholding of something the dog wants like food, attention, toys, or human contact for a short period of time) or using a vocal interrupter to redirect negative behavior onto a wanted behavior and to guide a dog into making the right choices, these methods are a foundational element of the core of positive training. Traditional, old school trainers often argue that positive training shows weakness and a lack of leadership, but the truth is that the most respected and successful leaders are able to effect change without the use of force.

PILLAR #2 – Avoidance of Punitive Methods
Scientific studies have shown that the use of confrontational, punitive training techniques on dogs not only does not work long term, but actually exacerbates aggressive response and makes already aggressive dogs even more aggressive. It is a pretty simple concept, but sometimes it can be hard for dog owners to remember that fighting fire with fire usually results in someone getting burned.

So modern behavioral science weighed in against compulsion training, but for most of us, it does not take scientific journals to tell us what our instincts have already said: it is more humane to reward than to punish. Many who promote old-school training techniques argue that the punishment they dish out in the form of an electric shock or a swift kick to a dog’s ribs is not particularly damaging. There are indeed varying degrees of punishment, and everyone ultimately must make their own choice regarding how far they are willing to go. But most well-adjusted people would rather avoid doing anything that will make your dog feel pain or fear if they can help it, regardless of how minimal that punishment may be.

PILLAR #3 – Understanding Dominance
The misunderstanding of what dominance is and how it works within the dog world is the single biggest challenge facing our collective ability to develop truly healthy, functional relationships with our dogs. Anyone who has heard a trainer refer to the need for them to be the ‘alpha,’ ‘top dog’, or ‘leader of the pack’ in order to maintain balance and appropriate chemistry between dog and owner has witnessed firsthand just how widespread this hugely misguided misconception has become in our modern culture.

Admittedly, in scientific terms the historical understanding of this concept has morphed over the past half-century and remains quite complex. In its simplest form, however, the easiest way to describe the issue of dominance as it relates to our pet dogs is to assure you that you don’t need to be nearly concerned with it as you probably are. Dogs are not on a course to take over the world if left unchecked, and they do not even necessarily fall into the commonly assumed hierarchy roles that we so often assign them.

The most important thing for the general dog owner to understand is that their dog’s misbehavior is actually very rarely a result of an attempt for them to assert dominance over their human.

To learn more about the fascinating, misunderstood and relatively complex concept of dominance, read Victoria’s latest book, Train Your Dog Positively or visit the Truth About Dominance page here.

Truly comprehending dominance as it applies to the canine world is a fundamental key to unlocking the power of positive training, while misdiagnosing the root cause of a dog’s misbehavior as dominance usually leads to a chain of events resulting in unbalanced, unconfident, and ultimately unhappy dogs (and owners).

PILLAR #4 – Using the Dog’s Point of View
You cannot build a strong bond with your dog unless you truly understand how he perceives the world around him, but to do this effectively you must first learn his language and appreciate his sensory experience.

Senses are closely linked to emotions, and emotions drive behavior, so it stands to reason that even though we are just scratching the surface when it comes to understanding the dog’s sense capabilities, they play an integral part in the dog’s experience. Using the senses to help dogs learn and to work through any behavioral issues they might have is a process called sensory education.

Meanwhile, as the more advanced species, it is obviously up to us to learn to ‘talk dog’ rather than expect our four-legged friends to learn English (or any other language). Doing so will give you the foundation to build a stronger relationship and making it easier to find effective positive solutions for any problem behaviors your dog might have.

We have domesticated the dog over many thousands of years, so it is our responsibility to give them the confidence and tools they need to thrive and survive in our strange, human world.

Bottom Line
There are many different terms used to describe positive training techniques: positive reinforcement, reward-based, force-free, and more. What proponents of all of these interrelated philosophies have in common is a shared belief that it is much safer, more effective and humane to teach animals using the overarching concept that if you reward a behavior you like, it is more likely that that behavior will be repeated. Similarly, if you ignore or redirect a behavior you do not like, it is more likely that incidences of that behavior will decrease. Combine these concepts with the awareness that dogs are not wolves trying to dominate us to achieve ‘top dog’ status, and therefore do not need to be controlled using dominance-based punishment techniques, and you have the recipe for positive training.