May 13, 2020 furryrescue Charlie, Happily ever after, Rescued (0) Rescued Dogs 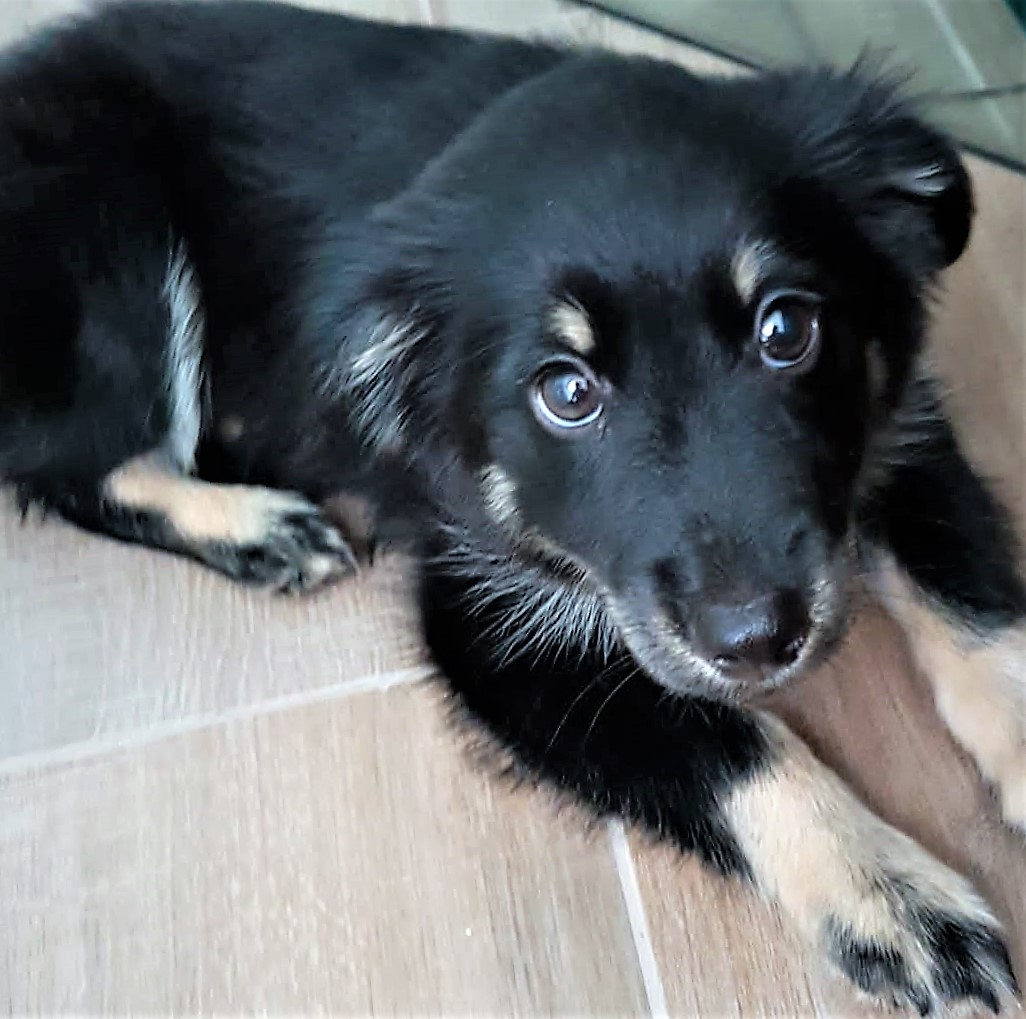 This is the story of the creature who has always forgiven me for every absence, who has always given me a smile when I was sad, who loves me selflessly. Probably the only creature I really trust.

Nobody expected his arrival.

Charlie had never a real family before us, he never even saw a kennel. He would have died before long.

He was born in the countryside, in a stable. He lived in that stable for the first 2 months of his life. He was dirty, malnourished and suffered from health issues that I don’t even want to list. In retrospect, I wonder: if you must treat an animal like this, why do you give birth to him/her? As human beings, we allow ourselves to have a say in the life and death of every living being, and we know how to use this medium in the most sadistic ways.

“It’s yours, take him.” I would never have said no, even if I had lived in the small flat that I had remedied when I was living in London. The puppy was so frightened that he couldn’t stop shaking. He was crying. He had already run away 3 times while he was at the farm. A high number considering that the stable was always closed and that he had started running a few weeks ago.

At home, I gave him 4 baths at least. He looked at me as if I were another horrible person who could harm him. I caressed him and felt his little bones protruding. No, he would never get in the kennel. He would never have survived. From that moment I thought he should deserve all my love and care.

The first 2 days at home he kept hiding under every furniture. He was frightened and thought he was still alone. Charlie has never been alone since. It is sad to think that he doesn’t know who his mother is, that he doesn’t know he has many siblings. Although, I have never seen a happier and more satisfied creature in my life.

I was back for a week in Italy. At that time, I lived and worked in London. Of course, I couldn’t take him with me. But I went home whenever I could. I thought he would never be as close with me as he could become with other family members. After all, they were always there to take care of him. But every time I came back home, he was incredibly happy to see me. Every time I left home, he fasted for 4 days. When he saw my trolley disappearing from the front door he couldn’t know when I would be back. He looked at me saying: “I don’t even know if you come back”. But he never blamed me. He doesn’t know what grudge is.

Now that I’m back for real, we’re always together.

His first months of life seem impossible, looking at him now. Charlie learned soon to be a well-behaved dog. He loves running on the lawn, rolling on the grass, lying in the sun, playing with the ball and chasing lizards, although I have told him a thousand times that he shouldn’t do it. He loves his soft pillow with drawings and, every time I come home, he brings me one of his games to make me understand he is happy to see me. It doesn’t matter if I’ve only been 10 minutes or hours away.

He likes the mountains and he doesn’t like swimming, like me. However, I hate water because I can’t swim well, he hates it because as a puppy they tried to remove the encrusted dirt of his fur with the water barrel to make him presentable. To give him away as soon as possible.

It is amazing how he gets my words when I speak to him, or how he can understand if I’m sad even if I don’t speak at all.

Every evening, when I’m on my bed, I wait. The bedroom door is ajar. He opens it with his nose. He jumps on the bed, licks me in the face, observes if its cover is on my legs, and crouches down. We don’t need anything else.